Weir fisherman Darren Porter’s latest Facebook video, posted a few hours ago, shows Porter and crew member Erica, on his boat, in the Minas Passage of the Bay of Fundy. He says they discovered what he describes as an expensive piece of environmental monitoring equipment on the shore, beneath the high water mark, near the Fundy Ocean Research Centre for Energy (FORCE). 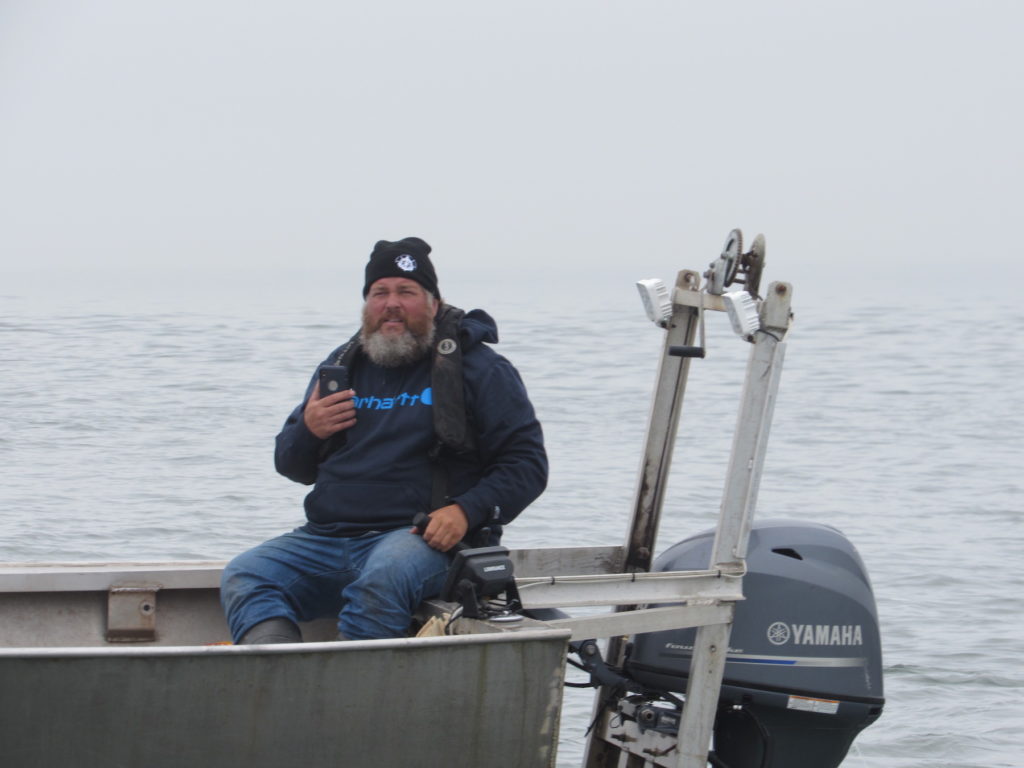 Porter drove his boat close to shore and guided his daughter, as she slipped off his boat, onto the shore. Porter described this rescue mission as a neighbourly gesture, adding FORCE has no boats of its own.

Erica moved the piece of gear to a point above the high water mark. Porter says it is environmental monitoring gear. Job complete, she climbed back aboard Porter’s vessel.