A quick look at NSP’s website at 6:30 this morning, in the Today’s Power section, shows the following generation mix:

That’s 38% of Nova Scotia’s power being generated by renewables as of 6:00am. It’s interesting because outdoors the wind still howls, though not nearly as much as blew overnight. In addition, a  segment of the population is out of province due to March Break, thus lowering the load. Overnight high winds in the range of 100 k per hour knocked out power for thousands. There are still approximately 12,ooo outages at 6:00am. CBC radio reported that approximately 50,000 outages had been restored overnight.

The Current load as of 6:00 am for Nova Scotia is 1,082 MW. That’s the lowest I’ve seen since January when I started watching. Interesting that the back up reserve generation is still 2453 MW of available capacity, even though the load is so low.

Yesterday, a cold blustery day had a peak of 1617 MW, nowhere near the 2453MW of available capacity.

As of 8am, when more people are awake and using power the load is up to 1239 MW.

Today’s forecasted peak now shows as 1464 MW. Is that for the day or for this hour? Hmm, I’ll have to look into this. 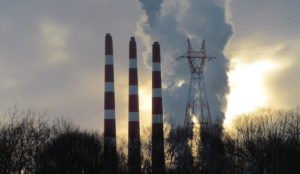 As of 8:29am there are still 9,227 affected customers without power throughout the province of Nova Scotia.